Why a Relationship is FAR More Valuable Than a Closed Deal 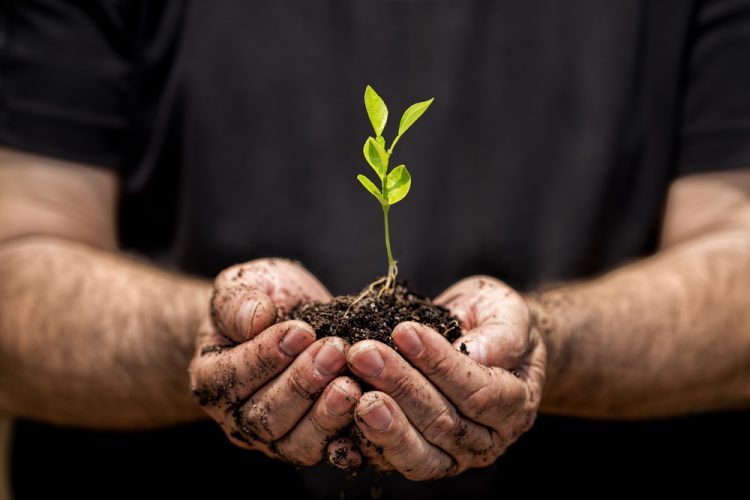 As a real estate investor, your dreams are clear. Financial freedom, time freedom, maybe even location freedom — for you and your family.

Not just because you can, but because you want to. Nothing is quite as satisfying as making plenty of money for you and your family to live on, save for, and retire with while working as little as possible each week.

But to see that dream come true — to the extent that you desire — you’ll need to close deals. There’s no way around it. Without finding motivated sellers, convincing them to sell their house to you for a price you can afford, and then flipping that property to higher paying buyers, you can’t make money. You can’t support your family. And you definitely can’t spend more time on your hobbies.

Without deals, there is no dream.

So how could I possibly claim that the relationship is more valuable than closing the deal? Doesn’t the success of your business live and breathe on closed deals?

Many Salespeople Make The Same Mistake…

A friend of mine — I’ll call him Tim — had just given me the price for his coaching services: $50,000 for 3 months of coaching. Of course, that’s not an unreasonable price tag with the right expertise and enough case-study examples of proven impact and ROI backing you.

No… In fact, while the price was surprising (from what I know of Tim, he’s never built a business of his own before and has no proof-of-concept case studies to rely on), what followed was worse…

After I told Tim that I couldn’t justify paying his price for the type of coaching he’d provide, he spent the next 45 minutes — not joking — trying to sell me (hard) on why I should change my mind.

“You can’t put a price tag on your health and on your mental well-being.”

“You’ll never agree to this unless you connect with your feelings.”

“Do you or do you not want to invest in yourself?”

Before this, I’d known Tim for almost a year and had the utmost respect for him as a friend.

Now… while I have absolutely nothing against the price tag that Tim put on his services (if he’s that valuable to other people, amazing!), the experience was uncomfortable, to say the least.

Here was someone I considered a friend, my equal, trying desperately to get me to pay him for his services.

I said “no” multiple times in multiple different ways and Tim persisted.

And that isn’t just Tim’s mistake, it’s the mistake of salespeople all around the U.S.

Which is probably why only 18% of consumers trust salespeople.

If Your Business Survived For Just 1 Year, Would You Be Satisfied?

Imagine that, instead of telling Tim “no” one final time, I conceded.

That would create a few immediate problems for me and Tim.

This is what happens when salespeople value the deal more than they value the relationship. They might make more sales upfront because of their pushy methods, but they unintentionally hurt their expert reputation and potential for referrals.

And the truth is, the long-term success of your business depends on those relationships — healthy, meaningful friendships within your market(s) of operation. 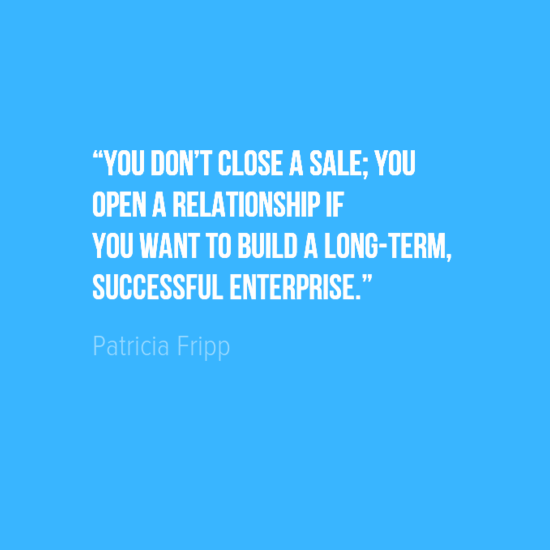 Many thriving real estate investing businesses have been built purely on word-of-mouth, referrals, and a remarkable reputation.

The question, then, is would you rather make a few quick deals that do nothing to build momentum for your business down the road or build a sustainable business that supports you and your family for years to come?

The answer is obvious…

By Focusing On The Relationship, You’ll Close More Deals…

Building healthy relationships in your market isn’t just a nicer, more ethical way to operate and close deals. It’s a real way to grow your business.

By allowing prospects to tell you “no”, being kind even when they’re not going to work with you, and educating them on their best options, you can become a real force in your market of operation.

Because here’s the truth: most people who are going to work with you don’t really need much convincing — they’ve already worked it all out in their head. The majority of your closed deals will come from motivated sellers who genuinely just want out of their situation. They’ll want to know they can trust you, of course, and that you’re the real deal. But they don’t need all your hard sales pitches.

The good news is that you don’t have to try and hard-sell anyone.

If someone seems like a fit for your service, tell them how you can help — but let them make the decision. If someone needs advice or further education on a topic before making a good decision, explain the details to them. And if someone isn’t a good fit for your services, accept that as what it is and point them in a different direction, wishing them the best.

You never know where a referral is going to come from. But if you spend more time building relationships and less time trying to convert unmotivated sellers, you’ll grow a business that lasts you and your family a lifetime.