Salespeople: Why “No” is The Fastest Way To a Closed Deal 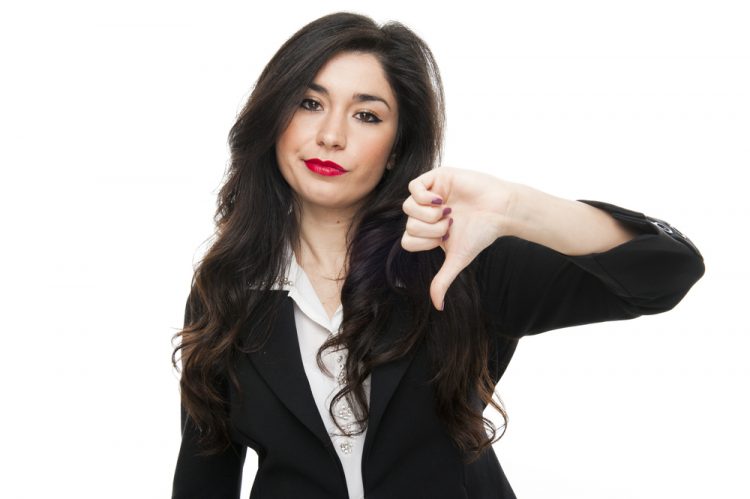 Note: I’ve been reading an amazing book called Start With ‘No’ by Jim Camp. I take most of the concepts within this article from  that book and I highly recommend picking it up if you want a more in-depth look at the power of ‘No’ in sales and the damage of the win-win mindset.

You’re on the phone… again.

(Trying to make the best of another incoming phone call — what? — for the hundredth time… it feels like)

But it’s not just you… I’ve talked to loads of successful real estate investors who close one deal per every 20 or 25 leads. That’s 19 to 24 conversations which never turn into a deal…

To some degree, that’s the nature of the beast.

And to some degree, you can waste less time and close more deals than other salespeople (your market competitors, for instance) by encouraging your prospects to tell you “No”.

Why “Yes” and “Maybe” are practically worthless…

Imagine that you’re on the phone with a house seller. They have a rental which their previous tenants did quite a number on — broke the windows, ruined the carpet, stained the walls, the usual.

They seem motivated enough. But when you make them an offer, they are surprised at how low it is. Still, they say, “Let me think about it” and the call ends.

You and I both know…

You’re probably not going to hear back from them ever again. “Let me think about it” is the equivalent of a prospect saying “Maybe”, which kills deals more often than “Yes” and “No” combined. It’s indecision: it means nothing, it tells you nothing, it leaves you with nowhere to go. It’s completely worthless.

Surely, someone telling you “Yes!” the moment that you make your offer is a good sign, right? Well… probably not.

Let me ask you this…

How many times has someone told you “Yes” or seemed interested in your service, and after the first phone call, you never hear from them again?

Yeah… all too often.

That’s because a quick “Yes” is as good as “Maybe”. It means nothing. The person hasn’t signed a contract, they probably haven’t really thought through their decision, but are just saying “Yes” out of quick emotional excitement (which fades fast once they’re off the phone).

You’ve experienced this, haven’t you?

You’re excited about a new car you’re thinking about purchasing and you’ve all but decided you’re going to buy it. You get to the car lot and tell the salesperson that you are interested in the new BMW (they’re probably glowing inside… an easy sale, they think). Then you look at the car, you look at the price, and loads of questions, judgements, and insecurities flood your mind (“Do I really need to spend this much money on a car? My other car runs just fine? I could spend this money on something else instead, something more useful). Of course, the salesperson doesn’t see any of this — they think you’re still excited. You tell them you want to think it over and by the time you get home, you’ve talked yourself out of it completely.

The same thing happens to your prospects.

In fact, the best thing you can do when someone says “Yes” immediately, is to tamper their excitement by explaining that your offer is lower than what they could get by going through a real estate agent and that they do have other options they might want to consider.

Because that makes them actually think about the decision they’re making.

And when prospects think about the decision they’re making, they work through necessary logical justifications while you’re on the phone with them.

Why “No” can help you close more deals, faster

Think about the word “No” for a minute…

When a prospect tells you “No”, that’s a great conversation starter. You can ask them why your offer or service won’t work for them, you can then authentically discuss the problem they’re facing and you can try to solve the root of the issue.

But “No” isn’t just a great way to learn more about your prospect and guide them toward conversion, it’s also a great way (maybe the only way) to get them into a mental space where they can actually make a long-lasting decision (without buyer’s remorse).

Imagine, for example, that you’re meeting with a company which is going to automate your real estate investing business (Call Porter can automate your inbound call answering — just sayin’ 😉 ). They’ve done it for other investors and you know they can do it for you, too. You’re excited and already nearly convinced to work with them.

When you get on the call, the salesperson starts with, “I don’t know if our service is going to be a fit for you. Maybe it will be. Maybe it won’t. I just don’t know. But I can explain some of the benefits if you like. And feel free to tell me ‘No’ if this isn’t going to work for you. I can take it.”

How do you feel now?

That’s probably tampered your excitement a bit and taken you into a better (less emotional) and necessary decision making mental space. You don’t feel pressured by the salesperson one way or the other, you’re free to make a decision which is best for your business, and you’ll probably even mention any objections you have right there on the call… because he told you to do just that (which allows the salesperson a chance to answer those objections).

That is the power of encouraging a prospect to say “No”,  hearing them say “No”, and telling them “No” (taking your offer off the table — check out what Ryan does below — or saying “Oh man. I don’t think this is going to work anymore.” which can encourage them to reveal and even solve their own internal objections).

While it’s counter-intuitive, “No” is one of the most powerful words for closing more deals and wasting less time on the phone.

What do you think? Am I crazy? Or have you experienced this for yourself?

2 thoughts on “Salespeople: Why “No” is The Fastest Way To a Closed Deal”