10 Tips For Talking To Motivated Sellers With Confidence 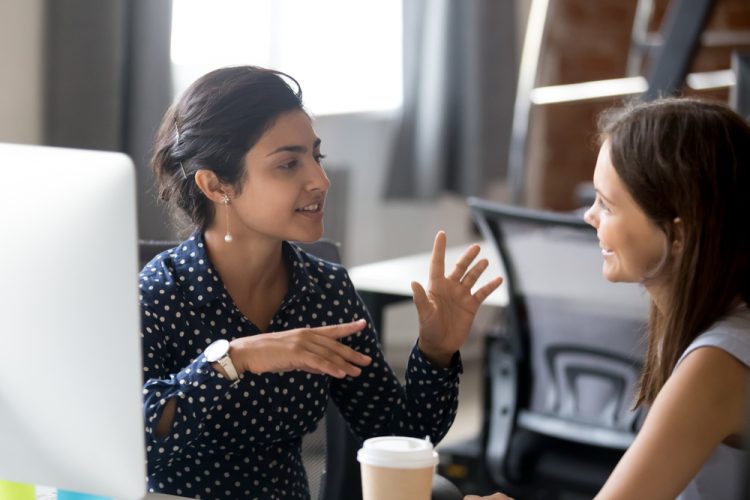 Naturally, they want to speak with an investor who’s confident, honest, and knows what they’re talking about… but that can be a little daunting if you’re just getting started.

How do you talk with motivated sellers with confidence?

More specifically, how do you build rapport, control the conversation, and meet the seller’s expectations?

1. Listen More Than You Talk

Research suggests (unsurprisingly) that salespeople who listen more than they talk are also the most successful salespeople. 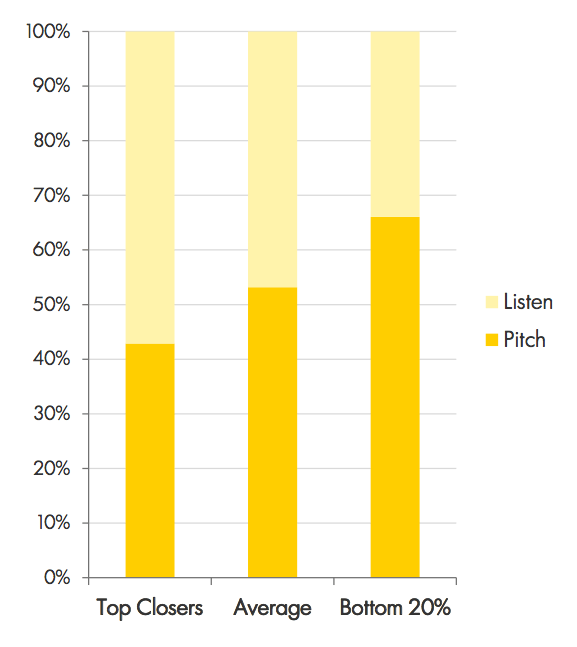 And that correlation isn’t happenstance.

Salespeople who focus on listening to the prospect (or in our case, motivated seller) don’t only build rapport — people love to be listened to, after all — but they also learn more about the prospect’s needs and where they’re coming from. That information prepares them to make a more relevant and compelling pitch.

So slow down and listen to the motivated seller — allow them to start where they want to start and guide the conversation where they want it to go. You’ll quickly figure out just how motivated the seller is and why they are or aren’t motivated.

To be honest, it should feel a bit like they’re controlling the conversation… and that’s exactly what you want.

Scripts are great, especially when you’re just getting started — they can keep you on track, remind you of the most important questions to ask, and guide you as to what to say during conversational lulls.

Thank you so much for that information. I really appreciate it. Now I would like to ask you another question, if I may…

You’re a person — a real-life person.

So be a person.

So feel free to use a script as guidance, but also be prepared to go where the conversation takes you.

When you talk to a motivated seller, they’re going to give one of two “vibes” from your demeanor.

Now if you had to guess, which one of those “vibes” do you think is better?

If you said the second one, then you’d be correct. You don’t want people to feel that you’re desperate or in a hurry to get a deal… you want to give off the vibe that you’re running a successful business, you’ve got plenty of deals coming through the pipeline, and this opportunity is just one of many.

That angle makes a big difference.

I recently sold my car for cash to a dealership here in town and after looking over my car, the salesperson said with seeming indifference, “Okay. It seems to run pretty well. If you want, I can go figure out what we can offer and you can take some time to think about it.”

His attitude seemed totally indifferent to getting the deal or not… and that didn’t irritate me, it just made me hope that I’d be able to sell to him. And that’s exactly the attitude you want your motivated seller to have.

As anyone who’s ever dealt with a bad salesperson knows, there’s a world of difference between helping someone and selling someone.

In fact, we recommend to answer the phone and attend appointments with the intent of helping the seller in whatever way they need help — maybe that means buying their property, maybe it means listening to them, maybe it means offering a bit of advice, or maybe it means referring them to a good real estate agent.

That might sound counterintuitive since you do want to buy the property.

But here’s what you have to keep in mind — if the seller doesn’t want to sell to you for what you’re offering, then they’ll never do so. However, if they do want to sell quickly for cash and you are the one helping them, then you’re certain to get a deal out of it.

So it’s in your best interest to authentically help them and see where it goes — you won’t only create a fantastic brand image, but you’ll also close more deals.

Perhaps “No” — or rather “Hell no” or other versions of the same with more adult expletives — is the most common declaration when speaking with new leads or making a low-ball offer.

Get used to it.

What we mean by “get used to it” is two-fold.

First, don’t take it to heart. You’re going to hear “No” a lot and that’s just part of the business — most investors will generate about 25 leads before closing 1 deal… that’s a ratio with a lot of no’s.

Second, don’t consider “No” to be the end of the deal — sometimes, “No” simply means not right now.

Of course, if someone says “No. And never contact me again,” it’s probably best to honor their request. But in most cases, “No” is just a gut reaction to a low-ball offer and after some time to think more about it… some sellers will end up coming around.

(That’s why having a follow-up process is so important)

If someone says “No”, ask for permission to follow up in a few months with them to see how things are going. In Ryan Dossey’s business, about 90% of his deals get closed during the follow-up process… not during the first phone call.

So don’t take “No” to heart and understand that it’s often not final.

Expectations and preconceived notions are perhaps the most common ways that salespeople kill deals.

When you go into a deal expecting things to go a certain way, they inevitably don’t go that way (because no one knows the future).

And so before you talk with or meet with a motivated seller, do what Jim Camp calls “blank slating” — ridding yourself of bad emotional energy as well as unnecessary expectations and assumptions. Usually, this can all be done with a single big breathe.

Here’s what Jim Camp writes in his book, Start With No…

“Your ability to blank slate is directly related to your ability to rid yourself of expectations and assumptions, two very bad words in my system of negotiation.”

When it comes to sales, authenticity is perhaps the most powerful force in the universe.

Not only does authenticity make us believe that someone is being honest with us and that they’ve got nothing to hide, but it also makes us forgive their flaws — because “at least they’re being real.”

So even though it might sometimes seem disadvantageous to be honest, do it anyways.

Don’t hesitate to tell the seller why you’re talking with them and what you’re hoping to accomplish and don’t be afraid to be yourself — whether extroverted or introverted. Sometimes, it’s even beneficial to explain to the seller why your offer is what it is.

Negotiations are always more productive when everyone is being honest.

Earlier we talked about how important it is to listen to motivated sellers — both for gathering information and building rapport.

But what if the seller is introverted, shy, or just a bit quiet?

That’s where questions come in.

Questions are your way of guiding the conversation where you want it to go without forcing it — it’s also your way of gathering critical information and building a bond with the seller. But… what questions should you ask?

Here are some ideas to get you started…

Human communication is complicated and multi-layered.

We can say one thing and mean another — we can even do something without saying anything and make it feel as though we’re shouting a crystal-clear message from the mountain top (like when your spouse does the dishes after they’ve asked you to do them).

So here’s a question.

If it feels like you’re in a hurry to finish the appointment, make the sale, or close the deal…

What is that saying to the motivated seller?

Now you might not actually think any of those things… but that doesn’t matter. Because being in a hurry is going to communicate those things to the prospect.

So slow down, take a deep breath, and give the appointment or phone call the time it needs to be fruitful.

Not every meeting with a seller is going to turn into a deal.

In fact, many of them won’t turn into deals.

So the question is… is there a way to still make those meetings profitable and meaningful for your business?

For example, could you build a relationship with a real estate agent so that you get a referral commission when you send someone their way? Could you do something similar with contractors? What about with lawyers?

As a front-line person who’s talking directly to motivated sellers, there’s a lot of opportunity for referrals and commissions and if you plan ahead — that way, even if they’re not going to sell the property to you, you still make a little bit of money.

After all, just because someone is motivated doesn’t mean that they’re going to work with you… and it’s important to not take their motivation for granted.

You can use the above 10 tips for talking to motivated sellers more persuasively.

Once you’ve got a few wins under your belt, this process will start to feel a lot more natural.