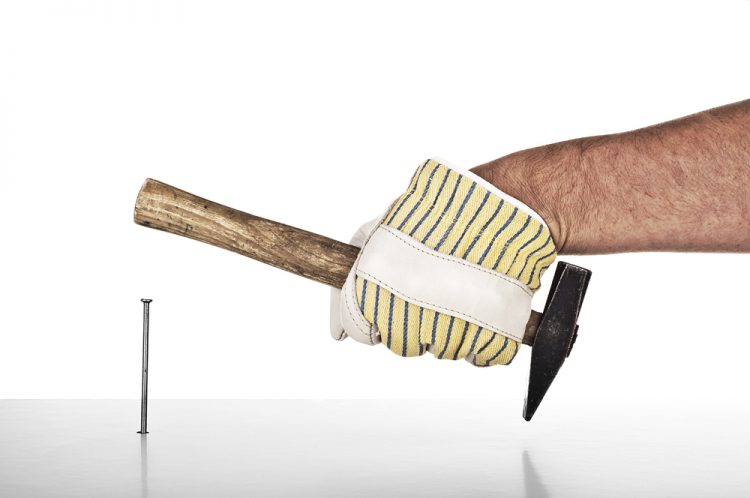 You’re on the phone with a seller and everything seems to be going great.

They are asking lots of questions, you’re answering them with excitement, and they seem more motivated than most of your leads.

You tell them that you’re going to call and make them an offer on their house within 24 hours.

You get off the phone excited and ready to close the deal ASAP!

…they stop answering the phone.

…they don’t return your calls.

…they ignore your voicemails, emails, and texts.

What gives? Everything seemed to be going so great…

Well, you might have lost the deal because you made one of these five rookie sales mistakes that absolutely ruin buyer-seller relationships. Here’s what they are.

It’s counter intuitive, but a great salesperson gravitates toward the word “no.”

What do I mean?

I mean that a great salesperson seeks to put all of the prospect’s objections out on the table, even if that means hearing “no” a few times. Because it’s only once those objections are out in the open that the salesperson can address and dismantle each. They say things like, “Feel free to tell me ‘no’, but…” and “Are you sure that’s a good idea in your current situation? I want you to feel comfortable with telling me ‘no’ if this isn’t a fit.”

Trying to avoid the word “no” can create an unhelpful mountain-top high for the prospect which dissipates in very little time. Even if they’re excited while talking with you, once they get off the phone, all of their unaddressed objections come rushing to the forefront of their mind and make them second-guess everything you discussed.

According to cold, hard research, the vast majority of sales don’t happen on the first contact, but somewhere between contact number five and number 12. Shockingly, only 12% of salespeople (i.e. your competition) follow up more than three times. 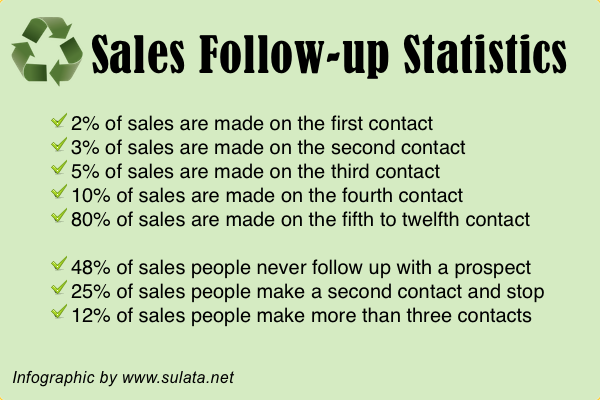 The truth is, you do not need this deal.

Sure, you want this deal. You would like this lead to convert into profit for your business. But you don’t need it — that is, your life doesn’t depend on it. You don’t need this exact lead to convert in the same way that you need water, food, and shelter. When you say you need a deal, it’s only because you’re pretending to need it, in hopes that your drive will force reality to give it to you.

But that doesn’t work…

In fact, acting like you need a deal is a sure-fire way to rub prospects the wrong way and communicate that you care more about the sale than you do about them as a person.

Most people don’t trust sales professionals, as it is — don’t give yourself an even bigger disadvantage by coming off needy and aggressive. 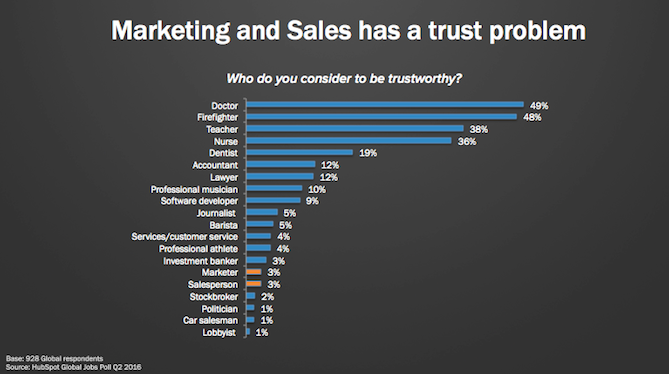 But the hard reality is, your statistical chance of getting a prospect on the phone after just 5 minutes isn’t pretty. At 30 minutes, your chance of contacting the prospect has decreased 100 times. 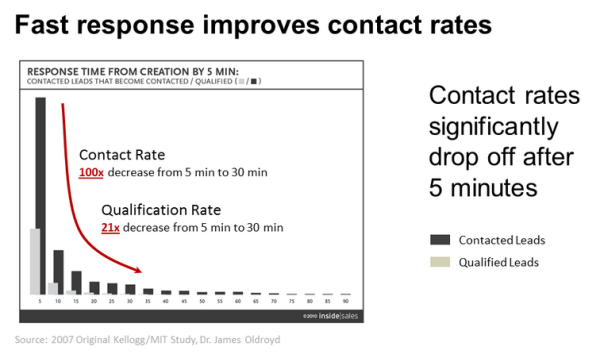 And that’s not surprising when you think about it. After all, motivated sellers are going to do everything in their power to find someone to buy their house as soon as possible. Which means that if you don’t answer the phone, they’re going to call your competitor.

Still, you’re busy and can’t possibly answer the phone every time it rings. If you can relate, get a Call Porter demo for free — our expert trained, U.S. based reps can start answering the phone for you within just 24 hours and you’ll never have to let a valuable lead go to voicemail again.

Remember how we discussed neediness and how it’s a sure-fire way to ruin the buyer-seller relationship?

Well, perhaps the best way to reveal your internal neediness is to talk too much — to address objections before the prospect has even raised them, to tell success stories that don’t relate to the prospect’s situation, and to make assumptions about the prospect which aren’t necessarily true.

Nothing will kill the buyer-seller relationship quite as quickly as talking too much.

Slow down, ask lots of questions, listen to what the seller is saying, and show genuine empathy for their difficult situation (as Ryan Dossey once said, “I’ve never met someone who needs to sell their house fast for cash because life was going great.”)

At the end of the day, the prospect you’re talking with — the one that you’re hoping beyond hope will turn into a closed deal — will only convert if they learn to trust you, if they believe that you really do have their best interest in mind.

Until then, they will beat around the bush, throw objections in your face, and avoid answering your phone calls.

You must get them to trust you. And the five rookie-mistakes above will absolutely ruin any chance you have of building meaningful buyer-seller relationships (i.e. any chance of closing deals).

Avoid them at all costs and focus on building authentic relationships.

Your growth ceiling will be much taller that way.