3 Tips For Following Up With Wishy-Washy Leads 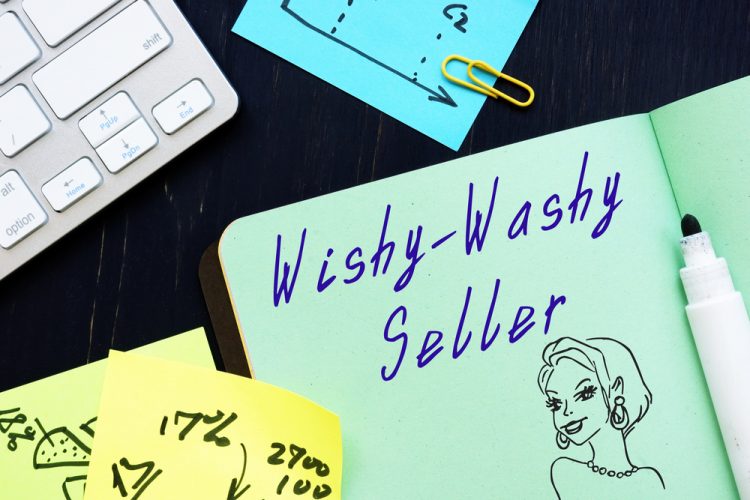 A lead calls and you have a great conversation.

By all accounts, they seem like a motivated seller — they’re open to whatever you can offer, they’re in a hurry to sell, and they seem pretty reasonable.

So you rush to finish comps and call them back as soon as possible.

But when you do, they don’t seem interested anymore.

Maybe they don’t answer the phone, maybe they claim you have the wrong number, or maybe they get angry at you for following up.

How are you supposed to make the most of that situation? More specifically, what can you say to help push wishy-washy sellers toward closing the deal?

Here are three tips! You can watch the video below or read the article!

1. Assume You Have The Right Person On The Phone

One of the most common mistakes that investors make when following up with leads is starting the conversation with something like, “Hi, this is Justin with ABC HouseBuyers. Is this Joe?”

Do that and you give the lead an easy out.

They know who’s calling and it’s easy for them to avoid you — they just have to say, “No. You have the wrong number.”

And as any experienced investor knows, wishy-washy sellers are more than happy to take that opportunity.

Then you’re stuck in an awkward position.

So start by assuming that you have the right number. Say, “Hey Joe, this is Justin with ABC HouseBuyers.”

And don’t pause after you say that… remind them of the last conversation you had.

2. Remind Them of The Last Conversation

After you introduce yourself, if you pause for too long, there’s still a chance that the lead will claim you have the wrong number.

To avoid that, remind the person of their last interaction with you.

This serves a couple of different purposes.

First, it’s very possible that the lead has forgotten about their previous conversation with you. So this is a good way to jog their memory.

And second, if the person wants to try and avoid you by claiming you have the wrong number, this mildly authoritative review of past interactions will make most people less comfortable with lying to you.

They might even assume that, if you remember all of those details, you probably remember their voice as well… so lying to you isn’t going to do any good.

That, then, opens the door for authentic progress and negotiations, even if they want to tell you “no”.

To some degree, you want to assume that the deal is going to happen.

Obviously, you don’t want to bully or force sellers into working with you, but it doesn’t do any good to pussyfoot around the topic, either. In fact, doing so will just make the lead more hesitant to work with you.

Trust that the seller is competent and can make their own decisions, then set a goal for the call and ask your closing question — be straightforward and get to the point.

“When can we come to see the house?”

“When can we follow-up with our offer?

By assuming that the deal is going to happen — and by allowing your words and tone of voice to emulate that attitude — you’re more likely to close the deal.

This doesn’t mean you should be forceful and avoid dealing with real objections, it just means you should come out of the gate ready for action — sellers will take you more seriously that way.